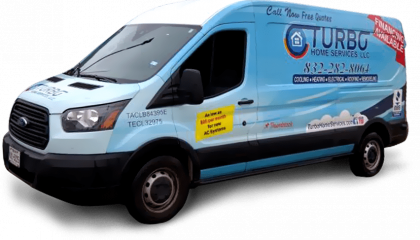 Highly Recommended by Our Customers!

If your air conditioning is not working correctly, we’ll come to your home and diagnose the problem.

Our AC pros come to your home to install a new air conditioner unit which includes 10 years of warranty.

Sometimes an old air conditioning unit needs to be replaced for cost, efficiency, or other reasons.

Is cleaner and healthier air a concern in your home? Check out our indoor air quality improvements.

We are Committed to Deliver Excellence !

When your A/C or Heating goes out, especially in the summer or winter months, conditions can rapidly get uncomfortable. Our team of skilled experts can service your residential or commercial system to restore comfortable temperatures. Same day service is available to accommodate any last-minute repairs or emergency replacements.

Having a Regular professional AC maintenance service is shown to increase the lifespan of your system.

• A well-maintained system can last for up to 20 years.

•An unexpected breakdown is less likely when your system is professionally maintained.

•Your family’s health and comfort are protected, and the likeliness of a heat-related health emergency is reduced.

•An efficient, well-maintained unit reduces energy needs and is better for the environment.

Did you move to a new home recently? Or maybe your AC unit is too old to be repaired successfully anymore? It may be time for a new air conditioner—but how do you know which one to choose? Between split systems, packaged air conditioners, ductless mini-splits, duct systems, or even window ACs, the variety of options can be overwhelming.

Our Turbo Home Services AC replacement technicians have all the necessary licenses and insurance, as well as decades of experience installing air conditioning units in a tidy, punctual, and professional manner. we’re happy to walk you through the different air conditioner options and explain the installation process each step of the way.

Some Info about the City of Bellaire!

Bellaire was founded in 1908 by William Wright Baldwin, who was the president of the South End Land Company. Baldwin, a native of Iowa, was well known as the vice president of the Burlington Railroad. Bellaire was founded on what was part of William Marsh Rice’s 9,449 acres (38.24 km2) ranch. Baldwin surveyed the eastern 1,000 acres (4.0 km2) of the ranch into small truck farms. He named those farms “Westmoreland Farms”. Baldwin started Bellaire in the middle of “Westmoreland Farms” to serve as a residential neighborhood and an agricultural trading center. South End Land Company advertised to farmers in the Midwestern United States. Baldwin stated that the town was named “Bellaire”, or “Good Air” for its breezes”. Bellaire may have been named after Bellaire, Ohio, a town served by one of Baldwin’s rail lines.

Six miles of prairie was a buffer zone between Houston and Bellaire. Originally the town was bounded by Palmetto, First, Jessamine, and Sixth (now Ferris) Streets. In 1910 Edward Teas, a horticulturist, moved his nursery to Bellaire from Missouri so Teas could implement Sid Hare’s landscaping plans. Bellaire was incorporated as a city with a general charter in 1918, ten years after its founding. Bellaire had a population of 200 at the time. Because of the 1918 incorporation, Houston did not incorporate Bellaire’s territory into its city limits, while annexing surrounding areas that were unincorporated.

Bellaire’s population had reached 1,124 in 1940. After 1940, Bellaire had a rapid population explosion in the post-World War II building boom. On December 31, 1948, the city of Houston had annexed the land around the city of Bellaire, stopping the city of Bellaire’s land growth. Bellaire remained independent of Houston; Bellaire adopted a home rule charter with a council-manager government in April 1949. By 1950 the city’s residents had numbered 10,173, and there were 3,186 houses. However each subsequent year for the next two years, an additional 600 to 700 new houses opened. Due to the resulting population increase, several schools, including Bellaire High School, Marian High School, and two elementary schools, were established in that period, and Condit Elementary received a new addition. In the 1960s 250 houses in Bellaire were demolished to make way for the right of way of the 610 Loop, which bisected the city.

• Routine Maintenance Checks and Diagnostics (only $39 each)

•A leak in the AC refrigerant lines

•Worn out AC parts like compressors, coils, and valves

•Dirt on the coils

During an AC installation project, our team members:

• Use drop cloths from the entrance of your home to the installation point. Even if requires 20 drop cloths we have them and use them.

• Wear work gloves to help prevent marks on the walls when replacing the thermostats.

• Carry trash bags when working in the attic to remove all debris during the AC installation process.

• Use plastic or drop cloth wraps when carrying out old equipment from the premises.

• Remove art or furniture that might be in the way.

Turbo Home Services have been replacing & fixing AC units in Bellaire since 2005. Our licensed, experienced AC technicians are ready to tackle your AC Unit installation or any other emergency that requires a competent AC company in Bellaire.

Call Us Today, and We’ll do our absolute best to have one of our Licensed Technicians on the way to your home or business!

No Interest and No payments

There are no hidden fees; you pay a single loan origination fee when you complete the application process with your lender.No prepayment penalties mean you can double up on payments when you have extra cash and pay your loan off early.

Most applications and approvals are completed in real-time, allowing service or scheduling to occur immediately. Please contact our office or fill out the financing application form to know more about the best financing plans suited for your needs.

Turbo Home Services Offer Flexible Financing Options for Plumbing, A/c, Heating & Roofing to meet your needs for most repairs or new equipment installation. Most applications and approvals are completed in real-time, allowing service or scheduling to occur immediately.

Benefits For Our TURBO PROTECTION PLAN

With turbo membership, you pay a discounted rate determined by the plan you select. You will also receive exclusive weekly coupons on service repairs.

We guarantee that repairs to your equipment will be done right. Any replacement parts that are used will come with a lifetime parts and labor warranty

Your repairs are performed before those of non-service agreement customers with same-day service availability & Free weekend trip charges.

The normal diagnostic fee will be waived to determine what is wrong with your heating and air conditioning system with the repair. As a Turbo Membership customer, you pay a discounted rate determined by the plan you select.

Must present coupon at time of repair, cannot be combined with any other offer.

Qualifying systems only. Call for details.

New customers, for the first 12 month.

One tune-up per properly functioning unit

Must present coupon at time of repair, cannot be combined with any other offer.

Qualifying systems only. Call for details.

New customers, for the first 12 month

One tune-up per properly functioning unit.